Winter is coming for the NFL. Tell me a story about Spring.

All my life I’ve loved stories, and the beauty of the Valley is that everyone is a storyteller and that the best businesses have the best stories.

Today, despite amazing advances like SpaceX, GoogleGlass, and Redbull space jumps, the naysayers continue to declare that innovation is dead. Valley leaders like David Sacks are predicting the end of the Valley as we know it, Mike Arrington is bored, and Peter Thiel is still complaining that “they promised us flying cars but instead we got 140 characters.” They’re not wrong. Facebook Poke isn’t going to change the world. But the world generally flows back and forth between creative and destructive cycles and often the best time to attack an industry, an empire, a religion, is when it seems indestructible or unchangeable.

Today football is a religion.

In the Valley people tell stories with CRAZY outcomes. Stories about strange worlds. Here’s my story about a world without the NFL: In 20 years the NFL as we know it will be dead and gone and someone is going to have to be pretty innovative to entertain those millions of fans. I’m excited to see who finds a new way to dominate my attention and wallet.

I Love Football. Who doesn’t? I played tackle football for thirteen years from age 9 to 22. I wasn’t an NFL prospect, but luckily Dartmouth was a good place for a slow, white kid with a belly from the burbs. Here is a picture of me playing middle linebacker against Colgate.

Like many Americans I’ve spent countless hours watching football. Entire weekends glued to the TV. On a Saturday I could wake up at 8am to watch the University of South Carolina play Florida and stay up until 1am to finish watching the real USC stomp Hawaii. Baseball is our pastime but football really is America’s sport. You could argue that stadiums have replaced our cathedrals, and for many, teams have replaced our families. Last weekend, during the NFC Championship game, the streets of San Francisco were deserted. I’m sure there wasn’t an open bar stool or lazy boy in the city, as everyone was huddled around TVs watching some amazing games. It’s no wonder the league alone makes $10B annually. And that’s just a fraction of the impact “football” has on our economy. Total dollars spent on football-related activities like Pop Warner, high school, college, kids gear, fantasy, and straight up gambling, could be $100B. You know, somewhere in the range of New Zealand’s total GDP. It’s a massive industry and the NFL is a monopoly that crushes anyone who doesn’t play nice.

But if the NFL were a public company, CTE, Junior Seau, and clips like this from last weekend would make it hard for me to think of it as a buy and hold.

Some people say drugs like heroin or MDMA are better than sex, but for me, I must admit/confess I’ve known no better feeling than burying my head in the back of an unsuspecting quarterback. As a former linebacker and fan of old school “ground and pound” football, it has been very hard for me to come to terms with the rule changes created to protect players. I feel as if it compromises the pleasure and joy of the game at a fundamental level. It goes against everything defensive players have been taught from a young age, and actually puts defensive players in a position to suffer more injuries, injuries they will undoubtedly hide from their coaches, doctors, teammates, and fans. As this fantastic Esquire piece points out, football has a culture where “you’re taught to hurt people, [and] anybody who tells you that they feel bad causing an injury is probably lying.” A culture where “the quickest way to earn the respect of your teammates and coaches is to play through injuries.” The public has no idea what these guys are really going through.

But then Dave Duerson happened. Kansas City happened, and one of my childhood heroes Junior Seau happened. CTE Happened.

CTE is a neurodegenerative disease linked to dementia, memory loss and depression. And it could kill football as we know it.

On September 06, 1993 Junior was on the cover of Sports Illustrated.

The magazine championed “San Diego’s Junior Seau” as “the crest of the new wave of NFL linebackers.” And it was right. Seau (and Lawrence Taylor) revolutionized the position, inaugurating an era of bigger, faster, harder hitting, monster linebackers. Think Ray Lewis.

More from the article. “At 6’3″ and 250 pounds, Seau is an awesome specimen. He runs a 4.61 40, bench-presses 500 pounds, squats 670 and has a 38-inch vertical leap. In his off-season workouts Seau can easily outsprint his two dogs—Trojan, a golden retriever, and Heisman, a rottweiler—while running sets of 100-yard dashes. During games it is not unusual for him to rush a quarterback and suddenly reverse direction to chase a receiver and tackle him as far as 45 yards downfield. Against the Los Angeles Raiders in 1991, Seau came from behind to catch wide receiver Sam Graddy, a 1984 Olympic gold medalist in the 4 x 100-meter relay and a silver medalist in the 100 meters.”

There is no question that athletes are bigger, faster, and stronger than they were in 1993. There were big hits in the NFL before Junior, and I don’t want to take away from guys like Mel Owens, Dick Butkus, and Ray Nitschke, but other than LT, Junior was the only 250 lb linebacker with world class speed in 1993. Fast forward 20 years and the pro bowl is full of Junior Seau scions – Clay Mathews, DeMarcus Ware, Patrick Willis, etc.

Junior Seau has CTE, and people playing today are X% bigger, faster, and stronger than they were when he started. Helmets have, if anything, become better weapons without becoming better shields. And it can take years for symptoms to arise. Could Junior be the beginning of an epidemic? What happens to football if the rise in diagnoses of CTE over the next twenty years corresponds to the rise in the size and speed of players over the last twenty years?

Luckily it looks like we are finally going to be able to diagnose CTE in living patients.

I’ve already had one friend and former teammate pass away randomly. I wonder if he had CTE, and I wonder how many other players I know have or will have problems from brain trauma. If this is the start of a dramatic increase in the number of former athletes with CTE, what is the future of football? Does the sport decline or do we just turn Soldier Field into a modern day coliseum and give the players spiked clubs? I suspect that we will see an onslaught of lawsuits in the next decade. Eventually the vast majority of parents may stop letting their kids play football. President Obama is already saying “he would think long and hard before allowing [a] son to play.” Without players to watch, what are we going to do with our weekends and the billions of dollars we spend on football today?

I’ll miss the NFL but I’m excited to see what’s next.

Everyone knows change in any industry creates opportunity. If the NFL is a dead man walking, Americans will find something else to do on Sundays.

Joe Lonsdale says Palantir was born out of 9/11 and the gap it showed in our government’s technology. Massive destruction leaves massive opportunity. Much like the modern linebacker, Lonsdale says “Across major industries, much of the enterprise technology infrastructure was designed two to four decades ago…There is a huge wave of impactful, billion-dollar companies waiting to be built in these areas right now.” (Healthcare, Education, Energy, etc)

He’s right. I’d add the NFL to the list of billion dollar industries that are on the verge of massive restructuring. Look at a list of the Fortune 500 companies in America. They’re all susceptible to disruption.

So what’s next? I don’t know. It’s probably something that every kid can enjoy, gives people a sense of pride in their city/state/community, and builds an ecosystem for others to make money. That’s what makes football a $100B business, and your guess to replace it is as good as mine. Thankfully my story’s not finished!

Even though I’m only 30 at times I feel old in the Valley. Then I remember that in 2000 at 39 President Obama lost his bid for Congress and remind myself that we can still change the world and to never, ever, give up.

Don’t think you’re old. Don’t think it can’t be done. Start telling a story about your future. Tell me about how you’re going to attack a gigantic incumbent. Make it meaningful, and then make it happen. 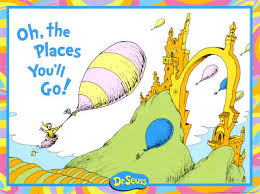 Thoughts on Venture Capital, risk, and investing in startups.

“Private equity, in finance, is an asset class consisting of equity securities in operating companies that are not publicly traded on a stock exchange … Capital for private equity is raised primarily from institutional investors.”

Therefore, anyone who professionally invests money into private companies is in the Private Equity business. If it is in the early stages of a company, it is called Venture Capital.

When I got into VC as an intern and then an analyst at Redpoint Ventures, I sat on a 50 minute flight from SF to LA with a principal at a VC fund. I think we had 3 beers on the flight (sweet drink tickets) and I walked away with a better idea of what VCs really do and 2 sheets of marked up scrap paper that I still have today. Who needs an MBA when you’ve got time to kill on Southwest?

Basically, VC’s are money managers. They are just like your guy at Merrill Lynch who is telling you to diversify your portfolio to decrease risk. They want to support entrepreneurs but in the end their main goal is to provide their investors with the best return possible. Some people like to think that working in VC is about taking big risks. In reality, it is about managing risk.

First let’s take a look at the traditional fund types and the levels of risk that they prefer.
1. Seed/Early
2. B Round
3. Late Stage/Growth

4. Angels and everybody else – We can get to this later.

Now the job of these funds to look at the 4 main types of risk. Some investors say they focus on team, while others focus on market size, or their own thesis, but whatever they tell you, they definitely look at these 4.  They are slightly different than the 4 Mark Suster recently posted.

After you look at risk, most investing is about instincts. Do I like this guy? Do I want to be a business partner with him for 7 years? Do you think he is tough enough to make it? Is he also humble enough to take a step back if he is not performing and an new CEO needs to step in? Is this a market that you are passionate about and want to learn more about? If you lost all your money but learned a ton about that market that would help you in future investments, would it be worth it? Do you like the co-investors? Will this investment strengthen your relationship with them and produce a source of high quality deal flow?

The best returns (and the way I’d prefer to invest) will come from people who invest in very early stage high risk/return deals. Since I don’t have the cash to swing for the fences on every deal, I also make smaller bets where I believe that the risk is low enough that I won’t lose everything.

I’ve started to make a few angel investments. So what do I look for?